For spring break this year we headed to Highlands Hammock Spring Park in Sebring, Florida. We had never been to the park, but wanted to go there because it's the oldest state park in Florida, dating back to 1931. We had no idea what to expect, so it was a new and exciting experience.

Here's a breakdown of camping and hiking at Highlands Hammock State Park:

I was not very impressed with the campground area, to be honest. We had no idea what sites were good and so we had picked one off their map. Turns out that we didn't make a good choice. We sere in site 64 and I would not stay in that one again! It was difficult to back into (we have a 30' trailer). And that area of the campground is kind of cramped. You don't have much space between sites. There were also a lot of dogs! Although the rule is that dogs need to be on a leash of no more than 6', there were dogs that were out without any leash at all, just walking around, and numerous camp sites that put dogs on long chains. Those dogs would start going crazy barking at people when they passed their campsite. A couple of spaces down the people had two big dogs and half the time they were not on leashes or chains. Crazy!

The good news is that there are some better sites to choose from and if we were to go back there in the future we now know where the better sites in the campground are located. The sites I would pick next time are one of these sites: 37-46.  Those were the best sites to me. They backed up to conservation area, so you have a nice view, they seemed to have a little more space, and they were still near a bathroom. The campground does not offer a sewer hookup, so you have to plan accordingly. They do have a dump station. The sites on the outer edge that face the conservation area are also a bit better than where we were. Those sites are 127-138. But the inner spaces are not very desirable, as we learned the hard way.

At night the campground was very quiet. That was nice and surprising, considering it was packed and there were so many dogs. But everyone adhered to the quiet times and it was great.

The campground has numerous bathhouses throughout, so you don't have to walk very far to get to one no matter where you are located. I don't mind that the buildings were old (built by the Civilian Conservation Corp during FDR's time), but I do mind that the shower area does not have doors or locks. Most campgrounds that we go to the shower is a stall that you can go into, lock the door, and you get some privacy. These showers offered just a shower curtain, no door or locks to ensure some privacy. Essentially, someone would walk right up and open the curtain as you shower. I don't care for that set up, because the campground is busy and there are people in and out of that restroom.

Overall, I would camp at Highlands Hammock State Park again, but I'd make sure to choose what I consider to be a better site. The park itself is beautiful!

The campground is minutes from stores and restaurants, so if you need something it's not far away.

We are a family of hikers (literally, our license plate says HIKERS). Anyway, I was excited to read before we got there that they have 9 different hiking trails at the park. Turns out, they are each 20-35 minutes in length. But we did them all and they were great! We spent hours hiking on the trails at this park. The trails are diverse and give you a look at different ecosystems. We saw ancient trees, wildlife, swamps, and more. The trails were wonderful!

I have to single out the Cypress Swamp Trail at Highlands Hammock State Park. It was breathtaking! We did that trail three times because we loved it so much. The trail takes about 20 minutes and it takes you through a cypress swamp. You walk on a skinny boardwalk that offers one side rail. I love that, because it forces you to be mindful and you feel immersed in the swamp. Fabulous trail that turned out to be one of our favorites that we have ever done in the state of Florida. I have a short video from it below.

Their website says that they offer a 6-mile mountain biking trail. We took our bikes, but never found that trail. We did still bike the park and that was great. They have a bike lane and you can even leave the park and go down the Hammock Trail for miles, which is a paved bike trail. They also have a service road you can bike on that is off road.

The campground offers a store that has quite a few things in there. We bought some Everglades BBQ sauce that was made there in Sebring. We liked it! There are picnic tables and pavilions, and there is a museum on site. You can stop in the Civilian Conservation Corp Museum to learn about this program that was part of FDR's New Deal, putting people to work building the state parks, including Highlands Hammock State Park. We enjoyed checking out the museum. The campground also offers different types of activities you can sign up for, such as a lightning bug tour, nature educational classes, potlucks, and more.

We were not huge fans of the area of the campground we stayed in, but we would go back and choose a different site to stay in. We loved the park itself. It's beautiful! And the trails there are lovely, especially the Cypress Swamp Trail, which is awesome! 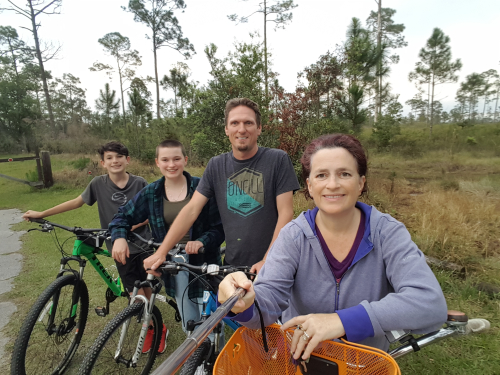 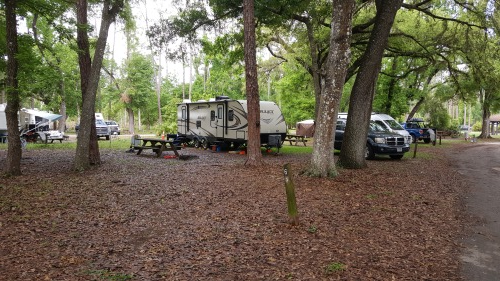 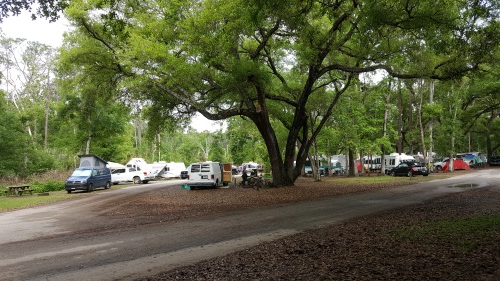 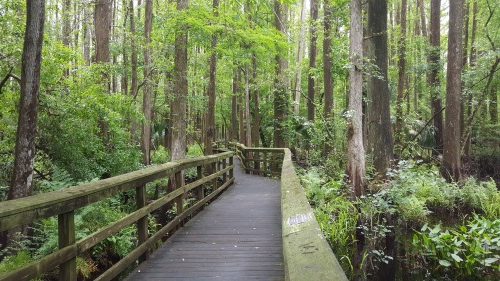 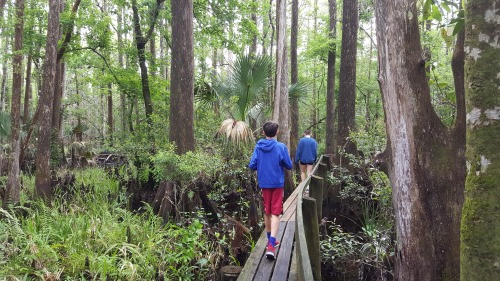 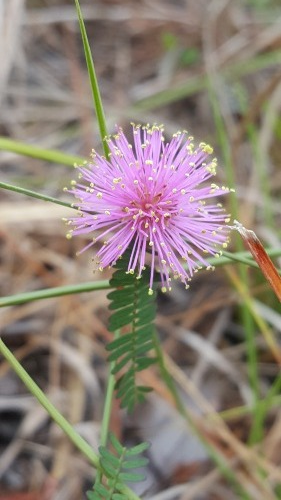 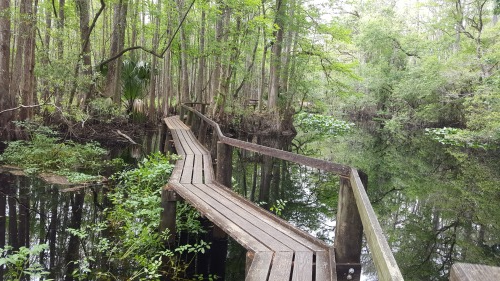 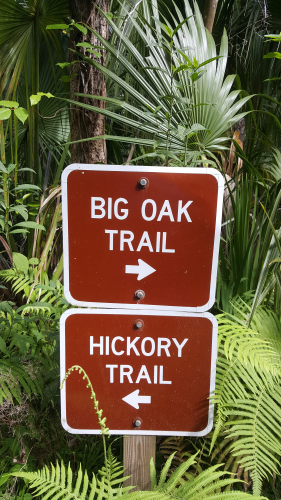 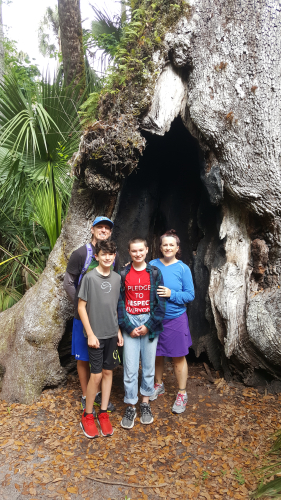 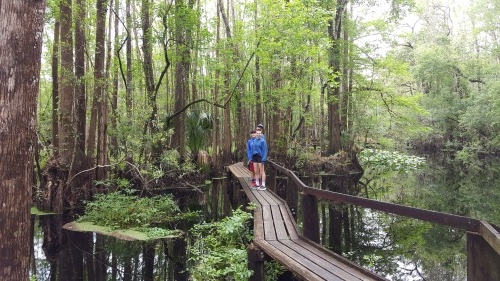 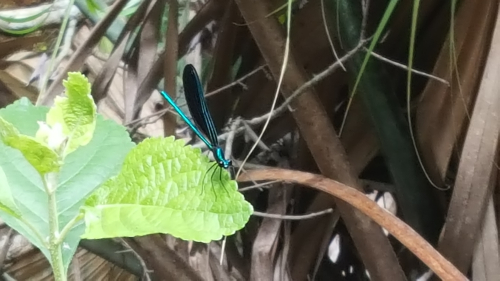 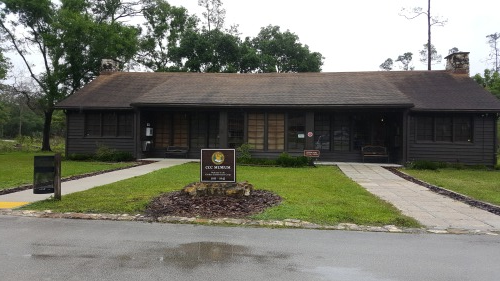 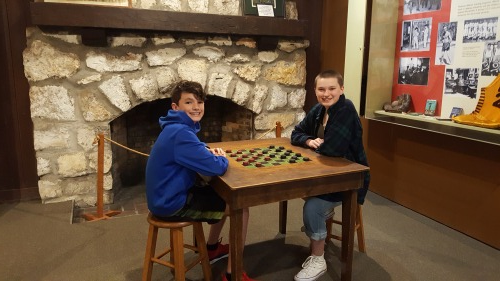 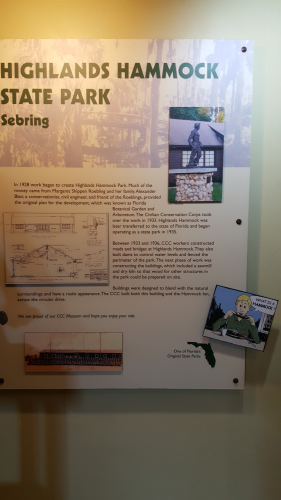