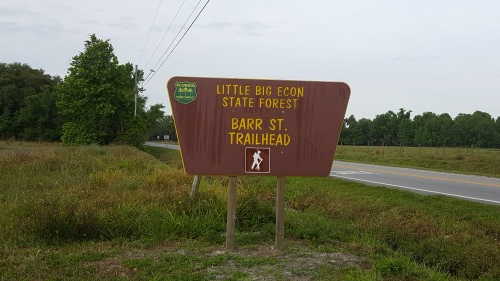 Today, we woke up and decided to take a hike. I had been wanting to hike in the Little Big Econ State Forest, located in Geneva, Florida, which is in Seminole County. It's about a 40 minute drive from where we live in Port Orange. I saw on the website for the Little Big Econ State Forest that there are a couple of different trails there. We decided to take the one at the Barr Street Trailhead, located at 951 Barr Street. The website shows it is in Geneva, but the GPS said it was in Oviedo.

When we arrived at the Barr Street Trailhead we were surprised at how many cars were parked there. I've never seen so many cars parked at a trailhead in Florida. It was a Sunday and it was busy! Apparently, there are quite a few people who camp and hike on the weekends in the Little Big Econ State Forest. We paid our $2 per person fee (free for kids 6 and under) at the kiosk where you deposit the funds, and headed off on the trail.

There are numerous tent campsites back there and many of them were in use. We started out on the blue "connector" trail, which took us to an orange blazed trail, which is part of the Florida National Scenic Trail, or the Florida Trail. We were not sure which way to go, left or right, and the signage was not real good at giving us info about which way to go for the loop trail we had went there for. We decided to go to the left. This was supposed to be a 5.2 mile loop trail. We followed the orange blazed trail, which takes you along the Econlockhatchee River. There are some beautiful views along the river. The trail is mostly shaded from the canopy. There are many roots to meander over, and numerous small wooden bridges to go across. A couple of the bridges were in need of repair and we didn't feel very safe on them.

As it turns out, the bigger bridge that leads back over the river was under construction. Therefore, we couldn't make our way around it. We walked to it and had to turn back. Rather than doing a loop trail we had to do an out and back hike. All total, we ended up hiking 5.55 miles. We really liked the hike. It was pretty, with some nice views along the river, and and we heard a lot of birds. We'd go back again after the bridge construction is done, so that we can continue the hike over the bridge.

While the parking lot was full, we only came across a few people while on the trail. Once we got past where the campsites were we rarely saw anyone else. I think most of the cars were from those who were camping there. 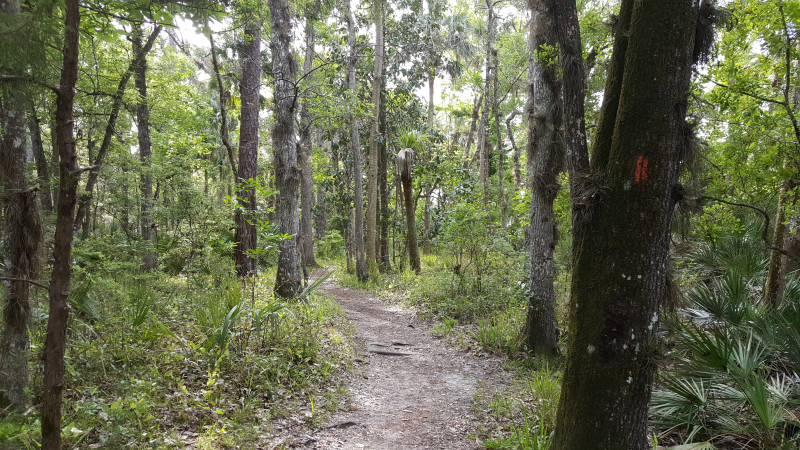 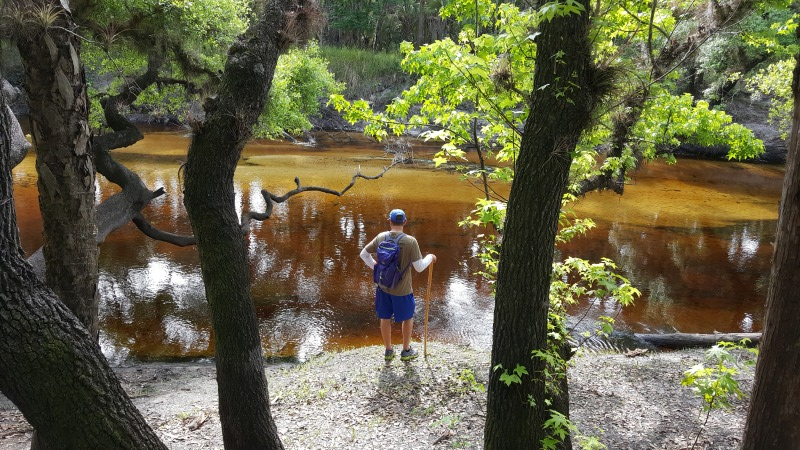 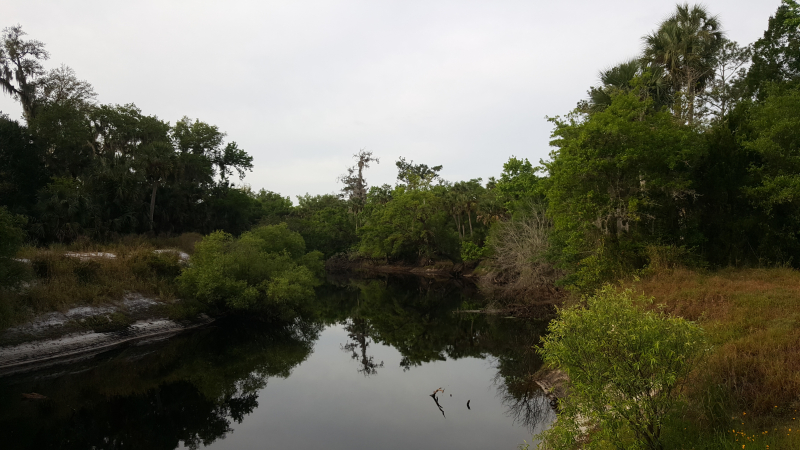 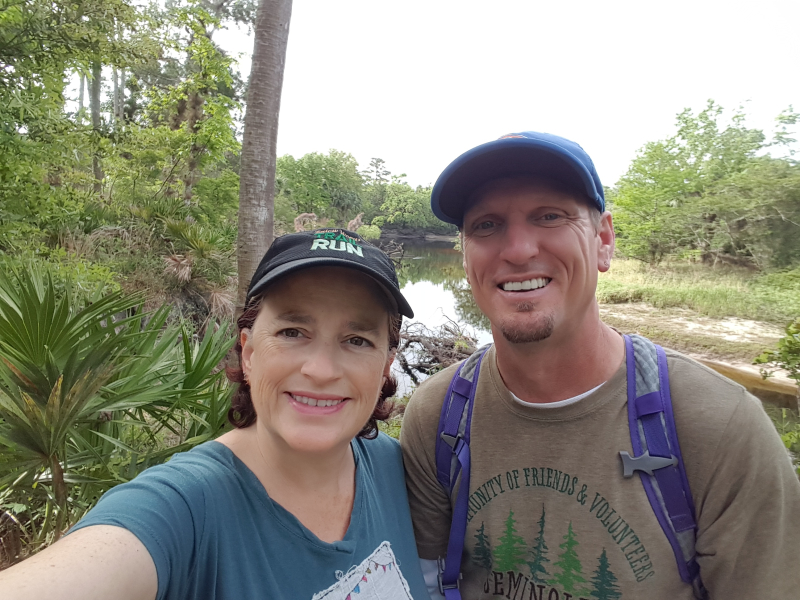 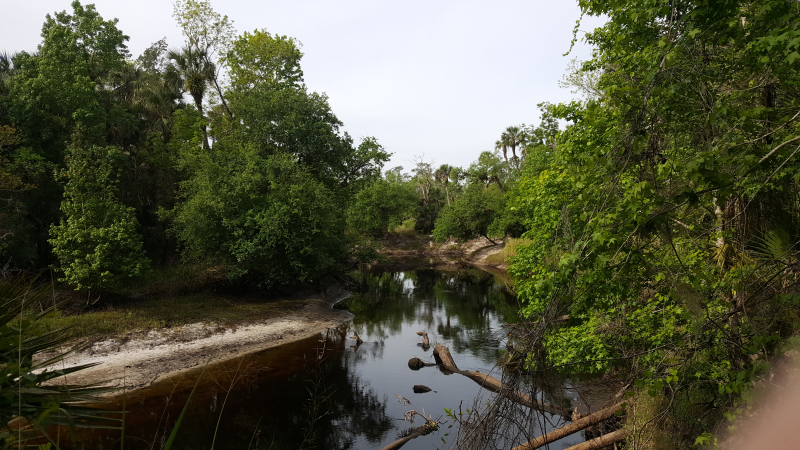 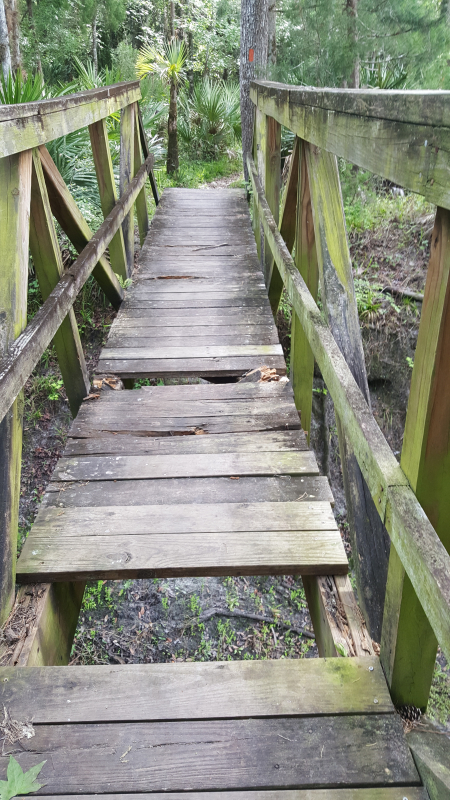 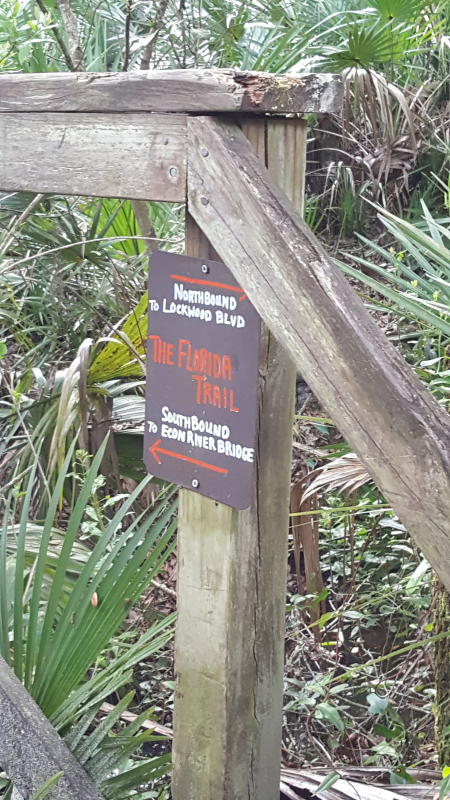 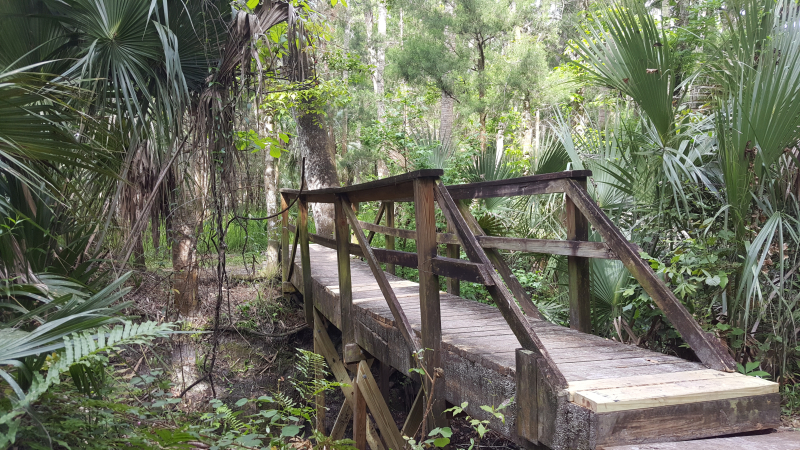 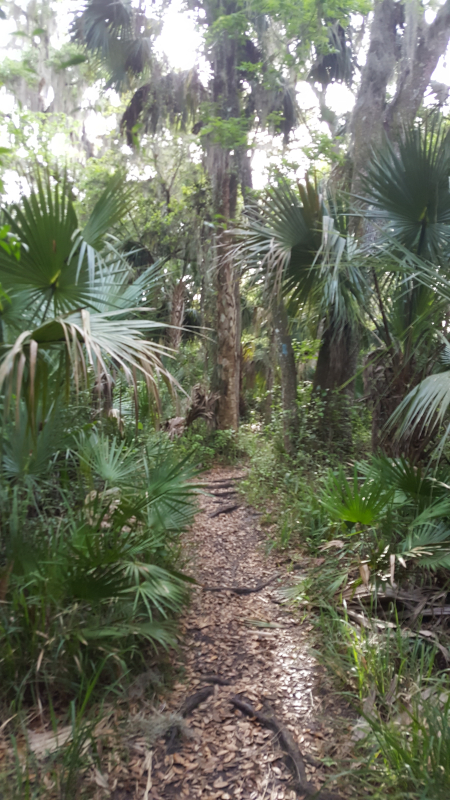 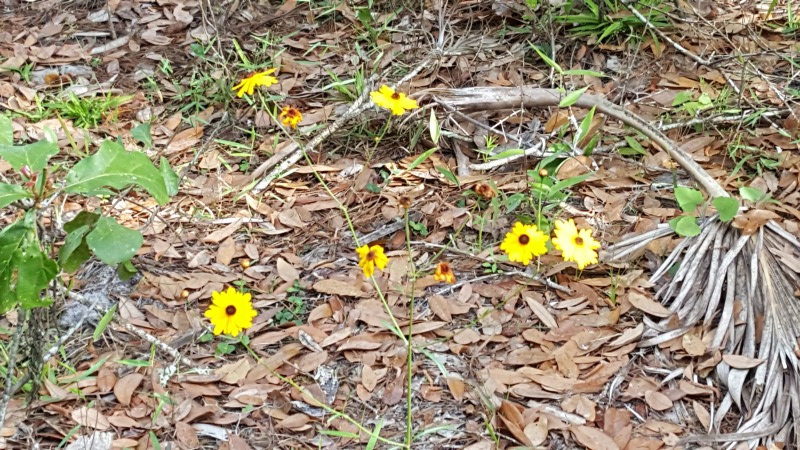 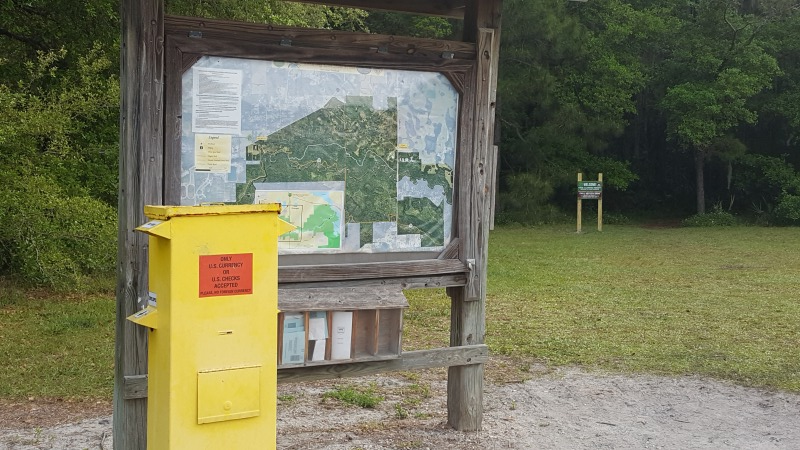 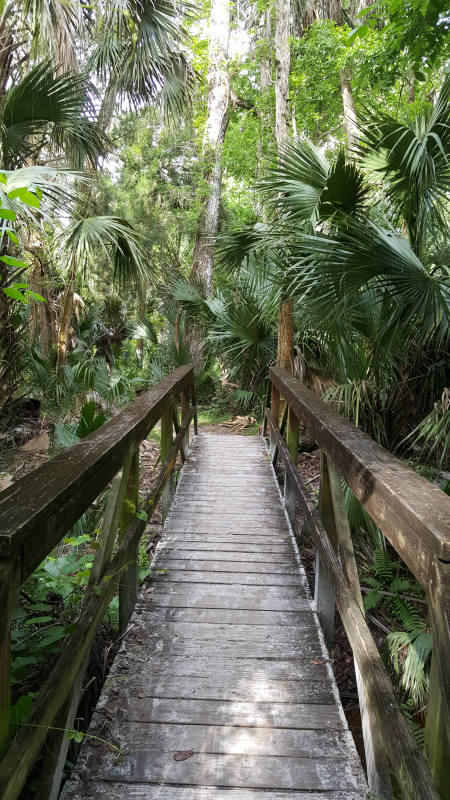