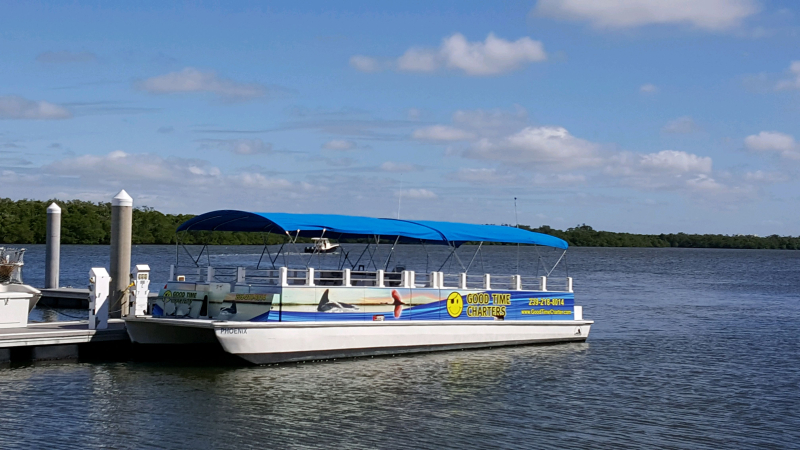 We arrived a bit early just to make sure we could find the place. It's located behind Publix, so while it we weren't sure where to turn in from the main road, we did end up finding it without any problems. We hung around until it was time for our boat to leave. There were four of us, and the boat was filled, so they had no shortage of passengers. 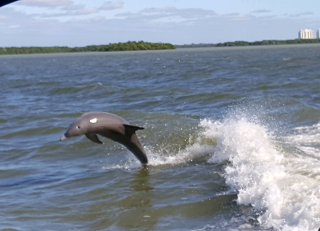 We had a good time on the dolphin watching tour. The hosts did a good job of explaining some of the things out in nature to everyone, such as the mangroves. We did see a few dolphins in Estero Bay, and then the really good stuff came on the way back when the tour was winding down. Some dolphins came and rode the wake in the back of the boat. They were jumping up in the air and it was awesome. Check out the video of it below.

We really liked the dolphin tour through Good Time Charters. My only one complaint is that the seats on their boat are not rows. It goes all the way around the perimeter of the boat and it has you facing inward. This makes it uncomfortable, because you have to keep turning around to see out of the boat. It would have been much better to have rows of seats. That's not something they can change at this point, so it is what it is. I still recommend taking their dolphin tour. We enjoyed it!